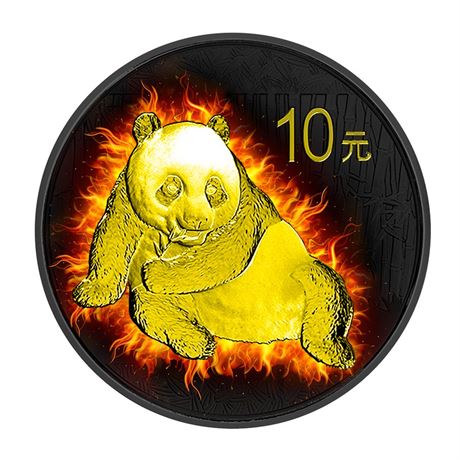 This beautiful new black coin issue features a Panda in gold with all tiny details.

The coin is completely plated with Ruthenium and partly with pure gold.

The precious metal Ruthenium is a member of the Platinum Group and worldwide very rare.

All this together with the luxury box and the noble certificate makes a perfect present and a worldwide searched collector’s piece.