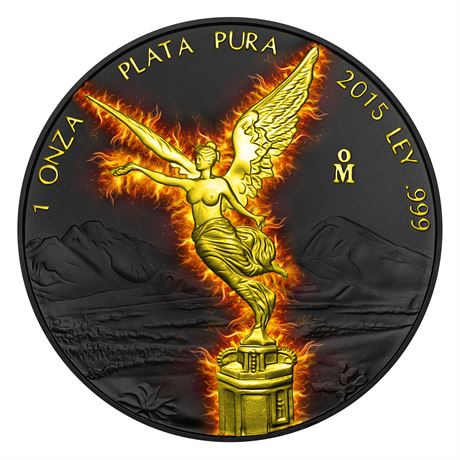 This beautiful new coin issue features a burning Libertad in gold with all tiny details.

The coin shines in a combination of black and gold, finished with two precious metals: fully plated by Black Ruthenium and then refined in a complicated process with 999 gold.

The challenge was to create a high detailed gold finishing on the black ruthenium. Mintage 1000 pieces worldwide.